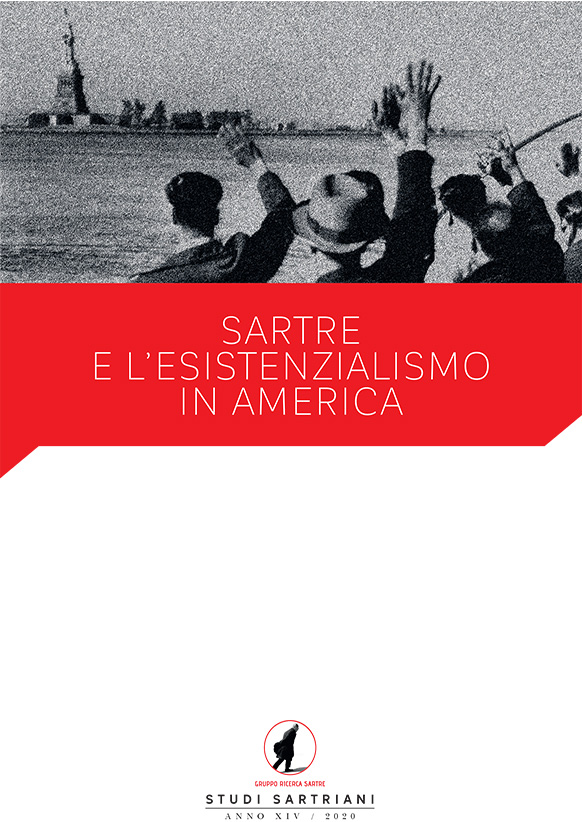 «Studi Sartriani» decided to dedicate this issue to the irresistible fascination that America has exercised on existentialism and vice versa. Sartre immediately understood how much that American reality, despite its contradictions and differences, could be a fruitful place for interchange and critical analysis. Sartre’s reports on his stay in America serve as interesting tools for reflection on fundamental themes such as individualism, humanism, and racism. Furthermore, in light of recently discovered writings, it is clear that it is not so much a question of studying the influence of existentialism on this or that philosophy (English or American), but rather of understanding how philosophy, literature and culture in the United States after 1945 benefited from the products of French existentialism in intellectual, artistic, ideological contexts marked by the war and its consequences.

Several recent studies by Nathaniel Underland, Rosie Germain and Andreas Vrahamis have shed new light on Sartre's reception in the United States and England in the 1950s and 1960s. A comparison of the two situations makes it possible to go beyond the simple observation of an existentialist fad in these countries during these two decades. In Britain, the interest in Sartre and existentialism embodied the need for Europe to position itself in the post-war period, at the beginning of the Cold War, between the United States and the Soviet Union. Elisabeth Bowen's novel The Heat of the Day is exemplary of Sartre's literary and (geo)political reception. In the United States, Sartre's reception is more on a philosophical-ideological register. For the leader of "free" countries, it is a question of giving himself the means to develop a new "civic religion" against the traps of specialisation, social conformism and, ultimately, discrimination. The archives of university curricula are an original resource in this respect. They demonstrate, on the one hand, how existentialist ethics has been used to modernise university education in the United States and, on the other hand, how it has accompanied its feminisation in England.

Through his stays in the United States between 1945 and 1950, first as a journalist and then as the friend of Dolorès Vanetti, Sartre discovered a new continent,mobile and variously layered. There he frequented surrealists in exile and American artists who brought him to a reflection on art including themes of surrealism, but leading him to a new critic of the image and aesthetics of the act and gesture.

This paper aims to explore a topic which has not yet received much attention: namely, the presence of existentialist elements in American bioethics, and particularly in the work of H. Tristram Engelhardt. To what extent can bioethics be connected to existentialism? In fact, bioethics uses principles and calls upon themes that already play central roles in existentialist philosophy: first, the notions of groundless freedom, project, and care; second, a criticism of the moral tradition; and third, an examination of the relation between individual freedom and social rules, as well as between pluralism and public ethics.

This article explores some themes relating to Sartre’s visit to the United States in 1945. At the outset of this trip, Sartre still bore a ‘touristic gaze,’ an inheritance of his other trips to non-European countries. Yet Sartre’s experiences in the U.S. motivated increased attention in his writing to aesthetic and social issues. Among other new insights, he came to recognize the importance of understanding urban life as a means to understanding social existence in general. Beyond this, he was particularly influenced by the conditions in which African Americans were living at the time. This was part of his developing interest in the plight of social minorities, and his increased critique of conceptions of human identity which are grounded in universalism and essentialism. In this light, Sartre argues that any attempt at combating social oppression and discrimination must avoid abstract notions of ‘(hu)mankind’ in order to be successful.

In this article, I examine the early reception of Sartre’s philosophy in the United States. Discussing two apparently alternative views propounded by Herbert Marcuse and Jean Wahl on Sartre’s conception of freedom in Being and Nothingness, I will first propose a distinction between those interpreters that in the 1940's attributed to Sartre a form of Bergsonism from those who saw in his transformation of Husserl's perspective a way to retrieve Hegelian phenomenology. In the second section, I will focus on Aron Gurwitsch’s appeal to Sartre’s non-egological conception of consciousness, as well as on Sartre’s interpretation of consciousness as an impersonal spontaneity and an ongoing flux. Finally, in the third section, I will deal with Maurice Natanson’s critique of Sartre’s ontology by paying specific attention to the importance he attributes to sexual desire. As will be shown, his account is consistent with Marcuse’s and anticipates what his student Judith Butler will later argue in her masterpiace Subjects of Desire.

Sartre, the Film, and the United States. From Love Story to Critical Appraisal

When Sartre was a child, his relationship to the U.S. was a love story, not least mediated by love for the American movie. Sartre himself became a very dedicated writer of screenplays for some years. In the middle of the 1950s, he wrote the scenario for Les sorcières de Salem, based on Arthur Miller’s The Crucible. Frequently interpreted as a play on McCarthyism, it is as much a play on oppression and resistance. It shows us a society dominated by its socioeconomic cleavages as well as by repression with regard to gender, religion, and race. Sartre has often been associated with blatant anti-Americanism. However, Les sorcières de Salem shows us his true picture of America, one that is divided between the evil America of the ruling political, religious, and economic élite with their religious bigotry and the rebellious, good America, the one of John Proctor and his friends, the part of the U.S. Sartre was always interested in.

How the Irresolvable Camus-Sartre Conflict Helps Us Appreciate the George Floyd Uprising, and Vice-Versa

The Black Lives Matter uprising in the United States that exploded onto the scene after the police killing of George Floyd in May 2020 marks an historic breakthrough – because of its geographic spread throughout the country, its sweeping demand for an end to all racist practices, its willingness to challenge institutions, symbols, and attitudes as well as behaviors, the participation together of millions of Americans of all colors, and especially the involvement of young people. Jean-Paul Sartre and Albert Camus have left us moral and political insights that throw light on this moment: Sartre for his intransigent radicalism and opposition to oppression, Camus for his deep commitment to solidarity and restraint. In their lifetime these sets of attitudes became opposed, and led to their dramatic break. However, today’s uprising has rejected the either/or that split apart the friendship as well as their Cold-War generation. But today, going beyond the Camus/Sartre break, solidarity and restraint have been at the core of the Black Lives Matter uprising, from the start together with a deep commitment to radical change.

This article aims to investigate the influence of American Transcendentalism on the mature phase of Albert Camus’s philosophy (1951-1958) in order to show their multiple points of theoretical contact. The structure of the work is divided into three parts: the first one provides historical contextualization of the object of study through the description of the close relationship between existentialism and American culture; the second part traces the philosophical and historical profile of Transcendentalism to clarify its theoretical relationship with Camus’ positions; finally, the last part focuses on the analysis of the notion of self-reliance, central to Ralph W. Emerson, with the aim of measuring its philosophical weight in Camus’ Carnets.

This essay seeks to investigate the concept of freedom as it has been defined by existentialism and some of its major  proponents. In an attempt to delineate an ontology of the human condition, special emphasis will be placed on the ideas of choice, responsibility, and transcendence. The second part of the essay will focus on existential freedom in what has been its most radical formulation by Jean-Paul Sartre. 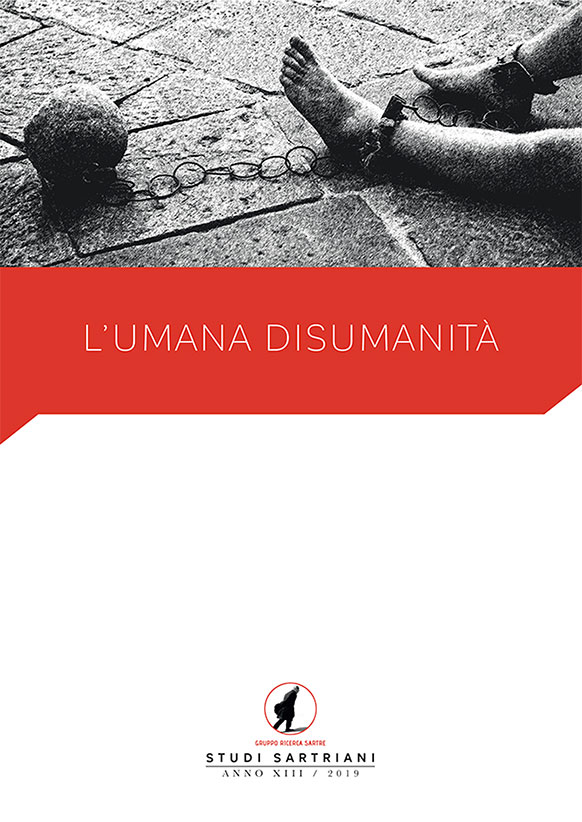 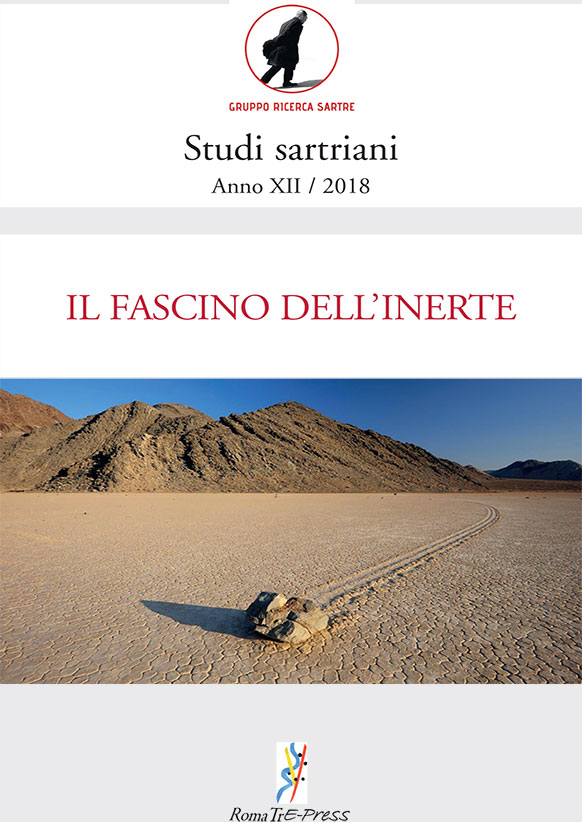