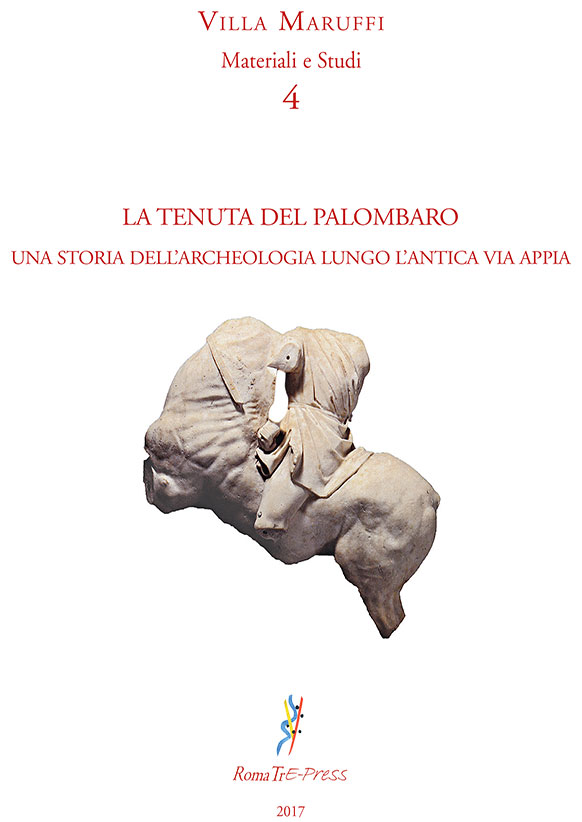 The fourth volume of the book series ‘Villa Maruffi. Materials and Studies’ is focused on the large estate of  ‘Palombaro’,  located along the ancient Appian way. The analysis of various archival funds and sources of documentation, both written and material, brings new light to the history of this sector of the suburbs of Rome, also linked to the affairs of the Maruffi family. Since the reconstruction of the property passages, from the 9th century AD, to that of the archaeological finds that have occurred in the last three centuries, there emerges an interesting sequence of facts and characters that enter the ‘Palombaro’ into the more general view of the unending transformation in the land use, between Rome and the Albanian Hills. A place of luxury residences and impressive funerary mausoleums – such as that attributed to Emperor Gallieno – in ancient times, the ‘Palombaro’ was later used for extensive cultivation and as a ‘quarry’ of archaeological finds. The most preserved Roman sculptures, which have been found since the 18th century in this land, are now dispersed between different museums and private collections, both national and foreign.